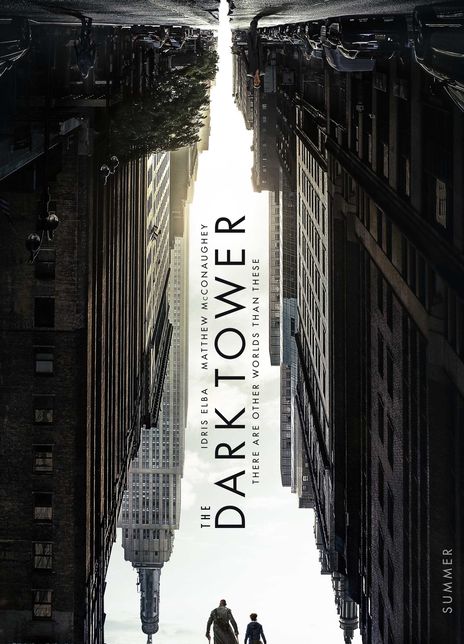 11-year-old Jake Chambers experiences visions involving a Man in Black who seeks to destroy a Tower and bring ruin to the Universe while a Gunslinger opposes him. However, Jake's mother, stepfather and psychiatrists dismiss these as dreams resulting from the trauma of his father's death the previous year. At his apartment home in New York City, a group of workers from an alleged psychiatric facility offer to rehabilitate Jake; recognizing them from his visions as monsters wearing human skin, he flees from the workers who give chase. Jake tracks down an abandoned house from one of his visions where he discovers a high-tech portal that leads to a post-apocalyptic world called Mid-World..